In order to wash the acrid taste that Stacey Dash's appearance at the Oscars has left in my mouth... 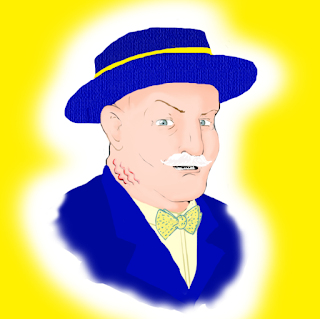 And on this extra day, let's take some time and remember a perfect episode of television that was gifted to us four short years ago. Now, 30 Rock is one of my favorite shows, and it will no doubt be remembered throughout all time for its great jokes, pacing, and commitment to a bit. But I also hope it will be remembered for giving us "Leap Day," an episode of TV dedicated to the most magical day of all – February 29!

"It's Leap Day. Real life is for March!" 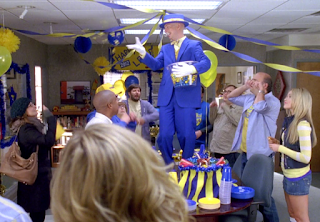 Back in 2012, 30 Rock was in the midst of Season 6, in which pretty much every other episode revolves around a major holiday. That doesn't change with this ep, which revolves around everyone's favorite holiday (of the holidays that only occur every four years). 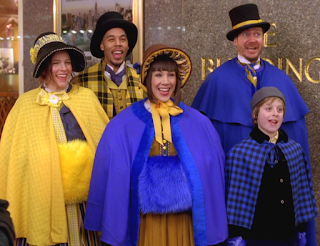 Creating a holiday from scratch is no easy task, and director Steve Buscemi and writer Luke Del Tredici throw themselves into crafting a compelling celebration that feels real and lived in, with enough bits and pieces of other holidays and traditions thrown in to film familiar. 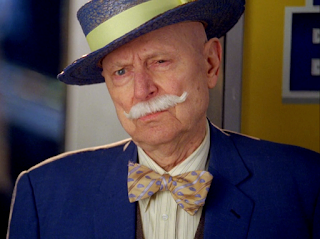 At the center of the holiday is Leap Day William, a part-fish demon-like old man who emerges from the Mariana Trench every four years. He then proceeds to trade children's tears for candy (and, in a simpler time, cigarettes). On the scale of creepy requirements for giving out gifts to children, it lies somewhere between Santa demanding good behavior and the Tooth Fairy requiring your old dead molars. However, his disturbingly realistic gills on his neck and sharp fangs put him more in the Krampus category of holiday deities.

"Poke your eye, pull your hair, you forgot what clothes to wear."
"Stomp on your foot, kick you in the knee. Yankees suck, Go Pats."

The holiday also requires celebrants to wear a specific color combination in order to avoid a shaming from fellow Leap Dayers. Thankfully it's the fairly flattering combo of Blue and Yellow (I would happily smack the Irishman who decided I have to wear green while celebrating some dude named Patrick even though the color makes me look sallow).


Seeing the cast wearing primary colors brings a tear of joy to my eyes and warms my heart. It's a Leap Day miracle! 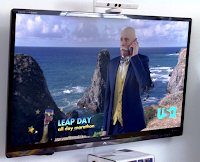 Like all good holidays, there's also a movie that teaches people exciting life lessons. In 30 Rock, that film is Leap Dave Williams, starring Jim Carrey and Andie MacDowell. It's mostly a play on The Santa Clause with a bit of Groundhog Day and Liar Liar thrown in for good measure. An uptight lawyer (Dave Williams – Carrey) falls into an ice-fishing hole and turns into Leap Day William. He then proceeds to learn some valuable lessons, reconnect with his son, and solve "the big case from earlier." Because, as Andie MacDowell so pointedly says, real life is for March. If you've never seen it, USA Network has got you covered – they're running a 24-hour marathon!

"I am always coughing up blood. Could that be Leap Day William trying to get out?"

Stripped of all the ceremony and wacky hijinks, the Day of Leap is really a wonderful occasion that brings out the best in people. It's an extra day where you can take chances and do things you normally wouldn't do, like have sex with a billionaire for money, listen to rap music, or eat rhubarb leaves. It's also a day for spreading love, candy, and kindness. Even Tracy gets into the giving spirit, ignoring the fact that he's not getting a Leap Day bonus and spreading Benihana cheer to the homeless and less fortunate (one of whom is played by the delightful Hannibal Buress).

"It's a Leap Day Miracle!"
"Nothing's impossible on Leap Day!"

"Nothing that happens on Leap Day counts."

Merry Leap Day to us all!