Hipster Babies: You're Some in a Million

The fourth Harry Potter film, Harry Potter and the Goblet of Fire, was released in 2005, a mere 6 years ago. It was directed by Mike Newell, which makes it the last movie in the Harry Potter franchise to be directed by someone other than David Yates. While the book is a fluid, interesting, and captivating read (check out our review HERE), the movie often feels disjointed, rushed, and uninspired. It’s almost as if the filmmakers decided on where the action sequences should go and then just built the rest of the story around them. They don't seem to care when characters are left out or important story lines are dropped, and the reworking of certain events to fit into their specific narrative arc feels clunky. It’s unfortunate that such an engaging book was turned into such an odd movie. Yet, despite its obvious faults, the film does carry with it a certain magic, especially when the action stops long enough to leave room for the smaller, more human moments.

First, let’s talk, as we often do, about casting. Most prominently 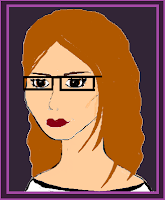 Guest Blogger Jennifer Love Bacon is as mad as hell,
and she's not going to take it anymore!


I recently saw Happythankyoumoreplease, and it was good – I totally recommend it. I left with a smile, whatever.

However, I have a bone to pick with Happythankyoumoreplease. In the movie, when the protagonist first lays eyes on his soon-to-be love interest, the girl’s motions are suddenly slowed – way down. This isn’t Never Been Kissed! I was under the impression that this movie was set in the real world.

Don’t get me wrong. I love a good hair-blowing-in-the-wind-confused-eye-contact-half-smile slow motion entrance as much as the next person, but only when and where it’s warranted. Slow motion meet-cutes are great for high school flicks and bubble-gum-pop romantic

Britney Spears: Unlikely Lover of Terminator, Thriller, and Half Baked

I'm nothing if not an occasional fan of Britney Spears. While my totally normal fan/singer relationship has faded away over the years, it's hard to forget that at one time I owned ...Baby One More Time AND Oops... I Did It Again. I committed to a bunch of ellipses for that woman.

Well, now it's time for Britney to pay me back, and she has with this completely bananas music video for I Wanna Go, a track from a CD I haven't bothered to buy. It takes cues from The Terminator, Half Baked, and even Michael Jackson's "Thriller" music video. Completely awesome? Almost completely. She still can't help but look a little dead in the eyes. Still, it's hella ballsy. Check it out after the jump:

What Time Is It? Hipster Baby Time!

Email ThisBlogThis!Share to TwitterShare to FacebookShare to Pinterest
with: Hipster Baby, Kurt Vonnegut

Harry Potter and the Final Trailer

The final trailer has arrived for Harry Potter and the Deathly Hallows: Part 2, and it really packs a punch. Even though the majority of the audience doesn't care about spoilers (since they pretty much know the plot) the trailer contains very few. Fans of the series might notice a dead character who has never been seen dead before (behind Harry, in a couple of frames), but other than that the trailer is more about an emotional journey.


Warner Brothers has stated that this is the final trailer for the film, even though there are bound to be loads more for the DVD release. Still, let's all take in the finality.

Harry Potter and the Goblet of Fire was published mid-year 2000, and I remember it being the first Harry Potter novel that I absolutely needed to have when it came out. I was still reeling from the tour de force that was the third book, and I had heard rumors that a character was going to die. Now it seems silly to anticipate a character death, because Rowling ended up playing fast and loose with the murder card as the series continued. Still, it was a big deal at the time. I'm not sure what I was anticipating, exactly, but I know that this would be a different book, a more mature book, a book that I wouldn't be embarrassed to carry around school.
And, well, things really do get going in this book, which represents the beginning of the dark years for young Harry Potter. We get a lot in these pages: the Pensieve, the Triwizard Tournament, Fleur Delacour, Viktor Krum, Alastor ‘Mad Eye’ Moody, the return of Voldemort, etcetera. It’s one of the more densely packed novels in the series. While books 5 and 7 tend to luxuriate in teen angst and desperation, respectively, everything in Harry Potter and the Goblet of Fire moves by at a relatively fast clip, barely pausing to mention the blossoming [blerg] love stories of Ron/Hermione and Harry/Cho Chang.  So, what are some of the more important or interesting moments? Let’s see… (Spoilers Ahead)

Email ThisBlogThis!Share to TwitterShare to FacebookShare to Pinterest
with: Book Review, Harry Potter, Harry Potter and the Goblet of Fire, Rita Skeeter, Voldemort

iPod Shuffle: You Know My Soul

When I put my iPod on shuffle, the music can be all over the place. Because of my early desire to get as much music as possible on it, I have a ridiculous amount of music I love, but also music that I couldn't care less about. I've got N*E*R*D, Quad City DJs, Nat King Cole (he was a merry old soul, a merry old soul was he) and Sweet Honey in the Rock all smashed together. Some days all I want is blues and all I get is A.R. Rahman.

But some days, my iPod gives me, not just the music I want, but the music I need. And today, as I rode the N Train into work, my iPod gave me what I needed most of all. The following songs played, and buoyed my spirits:

Email ThisBlogThis!Share to TwitterShare to FacebookShare to Pinterest
with: Hipster Baby, Progress

I really want to keep writing and reading about Harry Potter, but writing in great length about the books and movies has gotten a tad tedious. I spend time trying to write and craft a review, only to realize that every thought I have has been expounded upon (at great length) by the Harry Potter Wiki or one of the innumerable blogs dedicated solely to all things Potter.  Thus I came to a decision: I will still be reading, watching, and commenting on the Harry Potter series. My comments, however, will be much more brief, and hopefully will just highlight the series and not over-analyze the series. Frankly, I think it will be good for all of us. (Spoilers Ahead)
The third movie is such a welcome relief from the first two, which were so tedious. Director

There has been a maelstrom of rumors, delays, injuries and unbridled creativity swirling around the production of Spider-Man: Turn Off the Dark. And with each new writer spat, bone break, and opening delay, our anticipation level of the most Crap-tacular musical of all time has risen (like the tide during a maelstrom, if you want to continue the analogy). So, when Guest Blogger Day-Breaker had a chance to attend said musical, we here at Tableau Your Mind couldn’t pass up the opportunity to ask her how it went. Here, without editing or restraint, is her review: