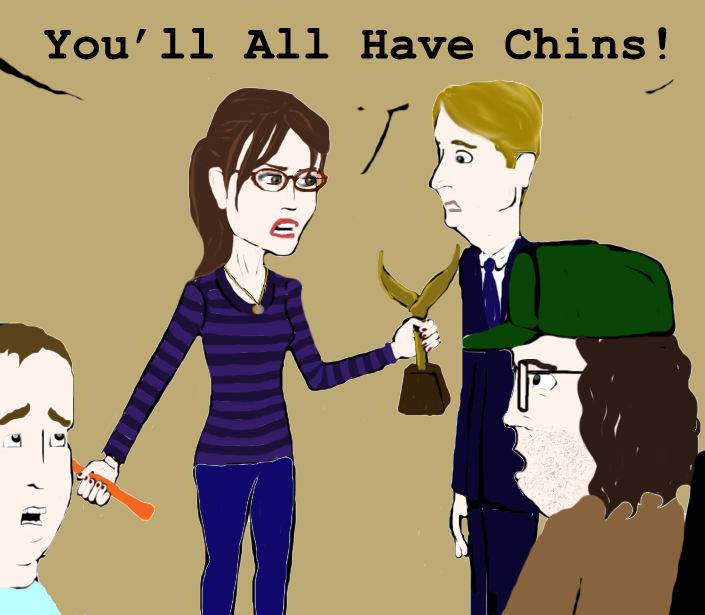 To pay tribute to one of my favorite moments of one of my favorite TV shows, I updated an earlier photo of Liz Lemon, mixed in a previous Kenneth photo (that I then redrew), and then added in Frank and Lutz: the Chinless Wonders. Man, I freaking love 30 Rock.

To make sure that I could write about the last episode of Rory and Amy Pond as soon as possible, I actually drew a version of the finished photo before the episode aired (using info gleaned from promo videos and photos). Then, once I actually watched the ep, I changed the clothing and the background, which needed to be updated once I saw the (somewhat ludicrous, even by Doctor Who standards) Statue of Liberty reveal.

Like most of America, I really got into Downton Abbey. It's great anytime a trashy soap can get mainstream approval, and I loved how, even though there were approximately 3 billion of them, I still could tell all the characters apart. For the photo looking back on the second season, I wanted to include as many Downton characters as possible and show a nice delineation between the upstairs and downstairs worlds. The fact that I almost left out Maggie Smith's Dowager Countess is crazy to me, even now. 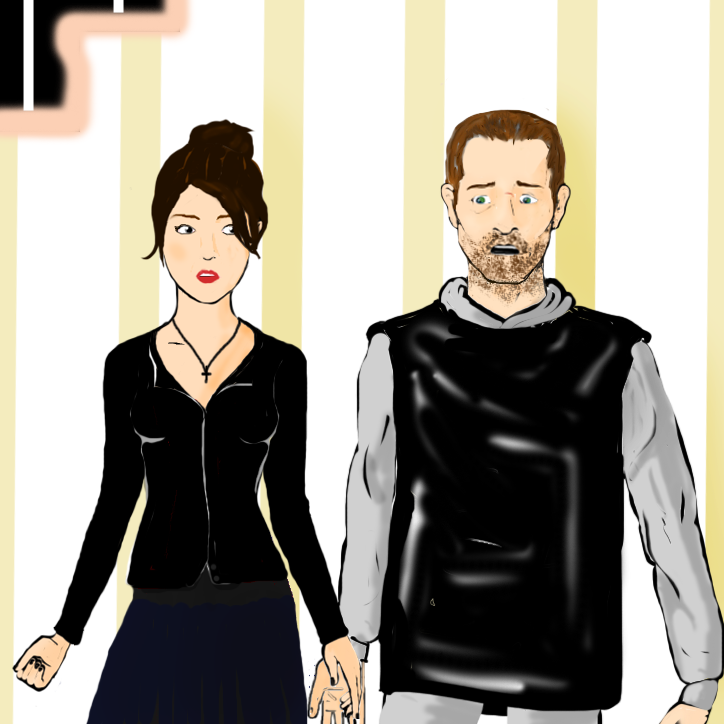 Silver Linings Playbook was a breath of fresh air in a pretty dour batch of films up for Best Picture last year. To make this (simple-ish) picture, I used an earlier Jennifer Lawrence drawing from my review of The Hunger Games, re-scaled her head and changed her outfit. Then, I added in Bradley Cooper and a dance studio background. I later decapitated Bradley Cooper and used his head for a post about Channing Tatum being named People's Sexiest Man Alive. Because, like the Native Americans, I use every part of the buffalo Cooper.

I started this blog as a way to add my voice to the pop-culture conversation and to draw some pictures of the celebrities I love so much (creating multiple 'tableaux' - pun explained!). Over the course of 300 posts, I, along with the occasional Guest Blogger, have drawn over 500 photos and written about almost 950 subjects. Yeah, you can gasp. It's pretty impressive.