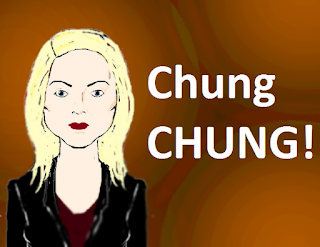 Law & Order was once a tent pole for NBC. It was always there and often provided workplaces, homes, and schools with memorable water cooler moments (or, in the case of the homes and schools, kitchen and juice break moments). However, nothing was quite as memorable as the WTF moment when ADA Serena Southerlyn (played by

We can all breathe a collective sigh of relief. The Hunger Games is not a bad movie. In fact, it’s a rather good movie. It's not going to please everyone - fans of the book series on which it is based have been feverish in their criticism of the film from the moment it was announced,

21 Jump Street, the newest film to remake a television show, follows two young-ish looking cops as they go undercover in high school to break up a drug ring, which is contained at the moment but may soon spread.  Of course, 21 Jump Street is a remake of the show of the same name that followed the same basic premise. The similarities, however, end there, with the movie being decidedly less preachy and less Johnny Depp-y. The cops in question are played by Channing Tatum and Jonah Hill, two former high school classmates who did not 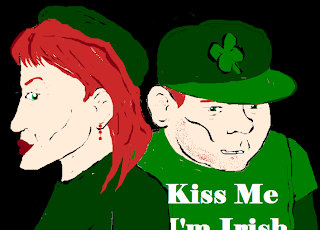 I don't know much about the history of St. Patrick's Day. I grew up in a predominately Swiss-German area, so all we celebrated in March was Internationaler Frauentag and Tag Der Kranken.  Still, from my love of television, I know that it has something to do with snakes, Ireland, The Kennedys, Catholicism, and green water in the Chicago River (yum?).

So, Happy St. Patrick's Day to all you Irish snake-haters and Catholic, green water lovers!
Today is a day to celebrate!

Tableau Your Mind is Back!!!

Tableau Your Mind has been gone for about a month, and we are now back. With a vengeance. All we can say is that, after the Oscars, we were wiped out. We really didn't think that something so amazing (our favorite night of television) could be that boring, and we sat through Wagner's Ring Cycle (Highbrow Reference!). Actually, every major pop culture