Harry Potter and the Prisoner of Azkaban was published on July 8th, 1999.  The book is decidedly less childish, and acts as a sort of transition between the wonderment-heavy first installments and the darker, more death-filled final four books. So, how does the book stack up to its predecessors, and how well does it act as the final layer of foundation for the series? Let’s look, shall we? Spoilers Ahead, obvs


(Click to Enlarge Photos)
The book follows Harry as he embarks on his third year of schooling at Hogwarts School of Witchcraft and Wizardry. He gets off to a shaky start when he accidentally engorges his aunt (which causes her to float away) and flees the Dursleys. However, he’s forgiven for this 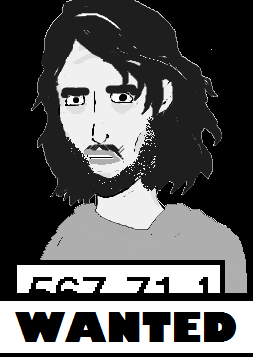 My reviews of the third Harry Potter book and movie (Harry Plotter: Harry Potter and the Prisoner of Azkaban) is coming in the next few days. We will be trying to roll out Harry Potter reviews as quickly as possible leading up to the final film's release on July 15th. We have a lot of work to do. 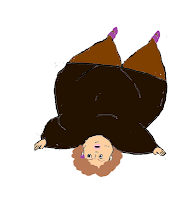 Email ThisBlogThis!Share to TwitterShare to FacebookShare to Pinterest
with: Aunt Marge, Harry Potter, Harry Potter and the Prisoner of Azkaban, Sirius Black

There was no better way to spend Rapture Eve than with Lady Rizo, who, in one of her best shows to date, channeled the 'mash-up queen,' Nina Simone. As with all Lady Rizo shows, it was an ever swinging pendulum of emotions, at one point melancholic, the next filled with laughter. 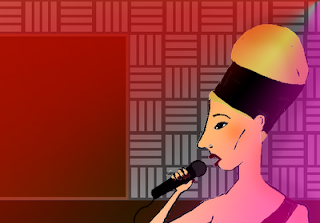 It's an occasion where the pieces of a puzzle don't make the whole. Any of the elements of the performance - from her rose petal sex to her special guests - stand out as unorthodox, but together they make an amazing whole. There's even burlesque, and not the cutesy

Handling the Apocalypse: A Musician’s Guide

The world is an uncertain place. The only thing we can say for sure (besides that there are both death and taxes) is that, at some point in the not-too-distant future, the heavens will open up and give way to a fiery hellscape that lasts approximately 6 months. Perhaps the end of the world will happen tomorrow, perhaps a year down the road.

Are you prepared? If not, perhaps these musicians can tell you how to get through it in one piece, provided you’re going through the same type of apocalypse they are:

It's easy to hate on ‘Hipster’ culture. Hell, a recent episode of ABC’s Happy Endings compared them to zombies! We make fun of these people, because they engage in what seems to be non-human, emotionless behavior. Often, hipsters do act in a very affected manner, wherein they enjoy everything ironically and/or effort is seen as a negative (the word ‘hipster’ has been around for 40+ years, but this is the definition of its current incarnation).

However, it's important to see that, much like The Muppets were at one time Muppet Babies, so too were Hipsters once Hipster Babies. In order to make people realize that hipsters are people too, we here at Tableau Your Mind will be looking back at hipsters when they were just babies, innocent and a teensy bit passive aggressive. Maybe, it will restore the humanity…in all of us.

These hipster babies will be popping up in many future articles, as well as on their own, to give their opinions from time to time. Just look for the Hipster Baby tag!

Bridesmaids needed to succeed. Heck, there was pressure for Bridesmaids to succeed before production had even wrapped.  Even though it’s a comedy written by women (written by Annie Mumolo and Kristen Wiig), and starring women (Wiig, Melissa McCarthy, Maya Rudolph, Rose Byrne, etc.), the movie is ostensibly for EVERYONE.  Romantic Comedies (or Rom-Coms) are often written by women and starring women, but the intended audience is also women. With Judd Apatow and Paul Feig behind your project, the dude factor is increased significantly. This movie had to bring critical acclaim and big bucks.

The movie centers on Annie (Wiig) as she deals with the fact that her best friend Lillian (Rudolph) is getting married and moving on with her life. Annie doesn’t want to get left behind, and her feelings of inadequacy and anger are only increased when she meets Lillian’s new friend (and possible Annie replacement) Helen, played wonderfully by
Hit The Jump »

Pan Am Picked up by ABC

The list of new fall shows for the four main networks are being announced this week (at Network Upfronts). I really wish I was devoting more of my free time to writing about it, but for now I just wanted to take a moment to be excited. Pan Am has been announced as a new show this fall on ABC! You can read all about the show HERE, but it's basically about flight attendants (or air hostesses or stewardesses, whatever is more period-specific) and pilots in the 1960s. It's got all kinds of Mad Men-like fun, plus the added bonus of Christina Ricci - she of the googly eyes, long legs, and tiny waist. The promo clip is promising, and I really can't see anything wrong with more TV time with Ricci, who, in the promo photos, looks awesome and pixie-esque in her tininess. She was great in her two-parter on Grey's Anatomy 3 or 4 years ago, and she was obviously very very in Casper. She alone makes this must-see television.

Once the 'news' from upfronts is fully digested, I will be posting my overall impressions. Still, this is probably the best news that I've heard thus far (besides the Krysten Ritter/James Van Der Beek pilot getting picked up)! After the jump, check out a totally adorable video of Christina Ricci acting like a strange mix of a forty-year-old and a ten-year-old.

So, I am not going to beat around the bush. If you are one of the ten people who has not seen Thor, you need to get to a movie theater and watch it. The blockbuster, directed by Kenneth Branagh and starring Chris Hemsworth and Natalie Portman, is pretty much everything you want in a summer movie. It's pure, cheesy fun!


The film stars Hemsworth as the titular Thor, an angry and boastful heir to the throne who is cast out of Asgard and stripped of his title after disobeying his father's explicit orders (Anthony Hopkins could not be more clear!). He's cast down to Earth, where young and sexy

Guest Blogger TomTom37, otherwise known as my father, is apparently an amazing and succinct film reviewer.  Enjoy, without edits, his review of Easy A, which recently won Best Comedy or Musical at this year's Golden Globes: 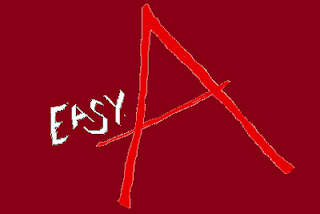 Easy A was average.
Some good parts that made me think.
Strong female personality.

I have now been up since midnight, watching a mouse run out from behind my bookshelf, get scared by the light, pivot off the edge of my shoe and run back behind the bookshelf. It's a complicated dance, and it's one that he performs admirably. It's also disgusting, and I probably won't wear that shoe for a while, but it's not all bad. Like my mom always says, when life gives you mice, just pray that those mice don't have AIDS. In that spirit of tepid optimism, I am churning my minor insomnia into pop-cultury goodness, rating the many kinds of mice people have had in their homes in film (and TV) on an annoyance scale from 1 to 10. Just for reference, 1 is basically as annoying as a computer mouse and 10 is like a cigar smoking, wise-cracking mouse who sleeps with your wife. On with the list!

Email ThisBlogThis!Share to TwitterShare to FacebookShare to Pinterest
with: Film, Mickey Mouse, Mousehunt, Of Mice and Men, Tom Hanks, TV

TV: The Best (And Worst) Mothers Around

I've been watching early seasons of Grey's Anatomy and Mad Men lately, and it's shocking to see the parade of bad mothers marching through television. In many ways, a damaged, not-great mother makes for better television - more room for awkwardness, more room for drama. Still, on Mother's Day, I think it's also good to look at the positive maternal influences that have populated the airwaves for decades, beaming into our homes and influencing our lives. Who are the 10 best and some of the worst mothers in television? Well, check after the jump for my (somewhat biased) opinions. 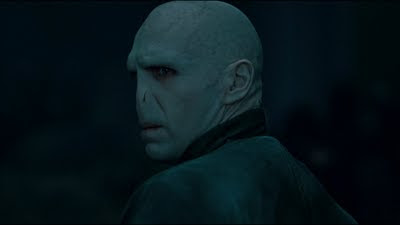 "Why Won't Anyone Love Me, and Why Am I Constantly Befuddled By Love?"


Be sure to check out my reviews of Harry Potter and the Sorcerer's/Philosopher's Stone, Book and Movie, HERE and HERE

And Harry Potter and the Chamber of Secrets, Book and Movie, HERE and HERE

Email ThisBlogThis!Share to TwitterShare to FacebookShare to Pinterest
with: Harry Potter, Harry Potter and the Deathly Hallows, He Who Must Not Be Named, Ralph Fiennes, Voldemort

Fast Five blew through theaters this weekend raking up over $86 Million and the honor of the highest grossing Universal release in its entire history, beating out The Lost World: Jurassic Park by about $14 Million! Millions of people came in droves to support the oft-forgotten "Booty and Tricked Out Cars" Coalition, and I was among them. Let me just say that this movie is AMAZING! It's a non-stop, ridiculous adrenaline ride that sucks you in quickly and doesn't let go until the very last frames -- even the credits sequence is fun. Of course, it is a ridiculous movie, and the acting is so bad that you almost can't look at the screen, but you also can't look away. After the jump, check out my look back the the most awesome things about Fast Five (with a few minor Spoilers from Fast 1-4)!