Harry Potter and the Difficult BM

We here at Tableau Your Mind were trying to keep the Harry Potter stuff to a minimum, but: 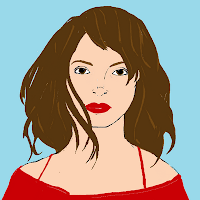 Guest Blogger Gemma Fart-a-ton has got something to say!


Thanks, Tableau Your Mind.  So, I've seen a lot of Harry Potter posters around town, and there was something about Harry's face that didn't quite make sense. Instead of the stoic sadness that usually populates young Dan Radcliffe's visage, there was a new emotion. Was he angry, was he trying to be intense? Was he simply bored of shooting promo photos?

But then it hit me suddenly, like a bolt of lightning (or like a curse that causes a lightning bolt scar). What Danny Raddy has crafted - brilliantly - on the billboards and posters for Harry Potter and the Deathly Hallows: Part 2 is a character study of one man.

One man who really has to poop.

Let's look at the photos and determine what Harry/Dan might be thinking, shall we?

New 'Two and a Half Men' Poster Reveals All (and Nothing)

CBS released the first promo photo for their new version of Two and a Half Men today, which includes Ashton Kutcher as a new, mysterious character (who is hopefully also a jingle-writing cad). What will be revealed on September 19th? Well, from the look of the poster, it's probably either 'what is John Cryer grimacing at' or 'how is Angus T. Jones (age 17) still considered a half-man'. Of course, there are some other possibilities:

Email ThisBlogThis!Share to TwitterShare to FacebookShare to Pinterest
with: Ashton Kutcher, Dwayne Johnson, MC Skat Kat, TV, Two and a Half Men, Voldemort

The eighth film in the Harry Potter series, Harry Potter and the Deathly Hallows: Part 2, starts off directly after the events of Part 1. Harry Potter, Hermione Granger, and Ron Weasley go in search of the last Horcruxes, blindly following the orders of Albus Dumbledore, who has been dead for about a year. It's a bit ridiculous to summarize the events of the film, because fans of the book are undoubtedly familiar with most of the plot contained within the movie. And that's part of the fun. Audience members sit in anticipation, wondering, not what will happen, but how the events will play out. How will Molly Weasley's final confrontation with a particular Death Eater play out? How will director David Yates make the magical battles, which have historically been difficult to film, as exciting and epic as they are in the book? When and where will Neville strike? And how on earth is screenwriter Steve Kloves going to make Wandlore interesting?


The film acts as a long goodbye. Almost every character gets a farewell, whether it's Professor Sprout and Madam Pomfrey staring out at the destroyed Hogwarts, Dean Thomas and Seamus Finnigan fighting Death Eaters with verve, or Professor Trelawney (Emma Thompson) saying a quiet goodbye to one of her beloved students. Other characters get

Email ThisBlogThis!Share to TwitterShare to FacebookShare to Pinterest
with: Hipster Baby, Justin Bieber

Harry Potter and the Order of the Phoenix is the first movie in the series directed by David Yates, and the man wastes no time in making his mark. With Chris Columbus’ childish films HP1 and HP2 fading into unhappy memory, Alfonso Cuarón’s powerhouse directorial work in HP3 unfortunately forgotten, and Mike Newell’s direction of HP4 acting as a filmic palate cleanser, Yates was able to enter the arena on relatively solid ground. Unlike so many franchises that buckled under the pressure of repetition, the Harry Potter films still feel fresh, uninhibited by ridiculous side plots and accepted (and often beloved) by fans.  Still, the final three films represent a dramatic change in the series, shifting from the fun and not too
Hit The Jump »

Harry Potter and the Order of the Phoenix came out in 2003, three years after The Goblet of Fire. The book follows Harry, Hermione, and Ron as they enter into their 5th year at Hogwarts, encountering a lot more than Skiving Snackboxes. With Voldemort’s arrival at the end of his 4th year hushed by the Ministry of Magic and The Daily Prophet, Harry is once again a student at odds with the world. He is treated the same (if not worse) than he was in his second year when people assumed he was the Heir of Slytherin. In this ridiculously long book, Harry and his cohorts wage battles against the forces of evil, be they at Hogwarts (the delightfully wicked Dolores Umbridge) or elsewhere (the unhinged Bellatrix Lestrange, Lucius Malfoy, and Voldy himself). A lot happens in this book, including the formation of Dumbledore’s Army, a battle at the Ministry, bloody detentions, fifth year exams, and the death of a major character, yet the whole thing feels overly long, stuffed with awkward moments. In particular, Harry being possessed by Voldemort is often likened to puberty, a comparison that no one wants to hear. (Spoilers Ahead)


The seven years at Hogwarts, when viewed together, have a reflexive quality. Each
Hit The Jump »

Email ThisBlogThis!Share to TwitterShare to FacebookShare to Pinterest
with: Book Review, Dolores Umbridge, Harry Potter, Harry Potter and the Order of the Phoenix, J.K. Rowling, Voldemort

Email ThisBlogThis!Share to TwitterShare to FacebookShare to Pinterest
with: Harry Potter, Harry Potter and the Order of the Phoenix
Newer Posts Older Posts Home
Subscribe to: Posts (Atom)