Wes Anderson's seventh directorial effort is an adorable machine of a film. The story revolves around two outcast children (Sam and Suzy, played by relative newcomers Jared Gilman and Kara Hayward) and their young, earnest love. He is a recently retired Khaki Scout whose parents have died. She is the daughter of two litigators who don't know much about their oldest child except that she is an odd, disturbed duck. Trapped by the rules of the adults

Tableau Your Mind reviews movies fast so that you can get on with your day!

Dark Shadows
The Story: Escaped from a coffin after a two-century long imprisonment, vampire Barnabas Collins (Johnny Depp) seeks to reclaim his family's good name and take down the witch (Eva Green) who cursed him to haunt the night.
Pros: The ladies in this film totally kill it. Helena Bonham Carter and Michelle Pfeiffer are amazing, but MVP goes to Eva Green, who is as fierce and charismatic a villain as has ever

It's taken me a long while to review Mirror Mirror, because, frankly, I didn't want to. Some films are fun to review because they are amazing, and others are fun to review because they are terrible. The least fun thing to review is a completely blah, mediocre movie, especially when it comes from one of my favorite directors. Let's just say that Tarsem Singh's latest directorial effort is, at best, a mixed bag. The story is a somewhat revisionary take on the Snow White fairy tale, focusing on Julia Roberts' evil queen just as much as Lily Collins' (she of the famous father and equally famous eyebrows) Snow White. The dwarves are misunderstood thieves, the queen has a twin sister living in a mirror (a la Cloris Leachman in the Olsen twins' Double, Double, Toil and Trouble), and there is a people- 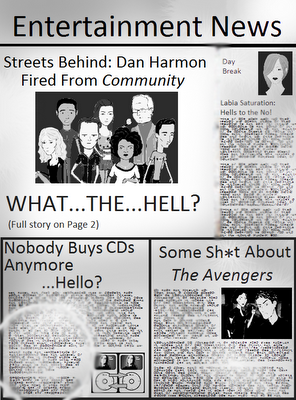 Well, just as I was settling down for a relaxing weekend, ready to soak in the bath and read review after review about the craptastic Battleship, NBC had to go and refuse to renew Dan Harmon's contract, thus effectively firing him from the show he created and ruining my weekend (I was going to eat scones!). True, in some ways it makes sense to replace Harmon, who besides his very public feud with Chevy Chase, has defied network notes on a variety of instances and hasn't turned in a show that delivers ratings. Still, much like fellow television auteurs Matthew Weiner and Louis C.K., it's difficult to imagine his show continuing without him. He is intrinsically linked with every brilliantly nut-log and amazing thing that has come out of that show. Plus, he made an American Sweetheart out of Joel McHale, and

Now that The Avengers has made like a billion dollars (not an exaggeration, my friends), we at Tableau Your Mind thought we should get off our collective asses and review the dern thing. Sure, it has been incredibly successful financially, but what is more impressive is how tight, funny, and effective this movie is. 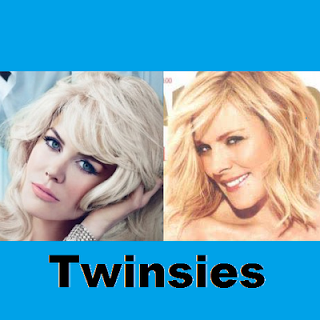 And it's not a bad look for her. Sure, maybe the throwback glamor that she and Clive Owen are dishing out should be more important, but we can't stop looking at her over-drawn eyebrows and plump, Cattrallian lips:

Do you agree? Is she a beautiful Doppel-Cattrall, or is this just another step in the Stepford Wife evolution she began years ago?

Yes. I want this.


I am going to watch the shit out of this show. Thank you, J.J. Abrams


Now, pre-taped interstitials have long been a part of SNL - Jim Henson's Muppets even used to be a part of them, but nobody has embraced them quite like the The Lonely Island trio. Their bits are funny, memorable, instantly quotable, and so perfectly tuned to today's culture of bite-sized entertainment.  In salute of their accomplishment, we're going to watch the Natalie Portman Raps video on repeat for the next four hours or so, because it is simply the best.


What's your favorite Digital Short? And does knowing that 100 Digital Shorts have been produced make you feel as old and out of touch as we do?

My Cousin Reviews 'The Avengers'

Five days after seeing it in theaters, I'm still formulating my thoughts on The Avengers. However, blogs live and breathe on their ability to be timely and of the moment, and waiting to post a review is neither of those things. With that in mind, I enlisted my cousin, who is eleven and awesome, to write a review of the film and draw pictures as well. He thankfully obliged:


The Avengers was better than I expected. I went to see the movie with my cousin and my uncle. There were a lot of action-packed parts in there, and there were some funny parts, like when
[Spoiler Alert] the Hulk punched Thor in the face and Thor went flying.

My favorite character was probably the Hulk. I liked him because I relate to him, because I get angry, like, a lot. I like that he’s strong and that his anger sometimes helps. I like that almost nothing could harm him.

I kind of like all of the characters. I even think Loki was cool, and I liked the guy that played him because he was good at playing Loki. He is a good actor, and well, yeah.

I also liked Iron Man, because he has a lot of guts. I mean, he fought Thor and almost won, and Thor is a demi-god.

I give this movie 100 out of 100 Chitauri Soldiers

Email ThisBlogThis!Share to TwitterShare to FacebookShare to Pinterest
with: Guest Blogger, Joss Whedon, Marvel, The Avengers, The Hulk

How's that for a Double Whammy of good news?! 30 Rock is renewed for a final, shortened season. This news is a little sad, what with it being a final season and all. But still, this gives the show plenty of time to wrap up nicely and for Liz Lemon to ride off into the sunset with Wesley Snipes.

Email ThisBlogThis!Share to TwitterShare to FacebookShare to Pinterest
with: 30 Rock, Tina Fey, TV 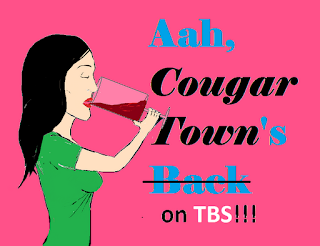 Cougar Town is moving to TBS next season! TBS is known for being very funny, and Cougar Town is also VERY FUNNY. Thus, it makes total sense! I was already preemptively sobbing into my Penny Can, worried about cancellation, so I am happy that my tears we unnecessary! Whoo!

Now, about that name... Can it be changed now that Cougsville is on the move? Does anyone have any viable suggestions?

An American in France: Days 6 et 7

Oh, to be young in Paris.  On day 6 of our journey, The Tableau Your Mind family left the Loire Valley, took a detour to Versailles, and ended up back where we started. Once in Paris, we tooled around the city, stopping at cafes, admiring a few bridges, darting in and out of train cars like the experts we had so quickly become. Though our day was short on

My three favorite authors as a child were Shel Silverstein, Bill Peet, and Maurice Sendak. Bill Peet showed me whimsy and silliness, Shel Silverstein showed me true love and dark comedy. Maurice Sendak showed me longing and heart. Though many of his books shaped my childhood education, it’s no surprise that my favorite Sendak book was Where the Wild Things Are, a tale that was about growing up and accepting responsibility as well as

Email ThisBlogThis!Share to TwitterShare to FacebookShare to Pinterest
with: Book Review, Maurice Sendak

Mr. Feeny Was On Grey's Anatomy!

This probably deserves a bigger, more Boy Meets World-centric post, but we just freaked out a little because Mr. George Feeny was on Grey's Anatomy last night. What? Awesome.

We're going to need a few minutes to process this.

Update: Just processed it - still awesome. The only way it would have been cooler was if he had worked "Mr. Matthews, Mr. Hunter" into the dialogue somehow.

An American In France: Days 4 et 5

The Tableau Your Mind family left Paris on Day 4 and headed to Blois (sort of pronounced 'Blah') in the Loire Valley (sort of pronounce 'Lower Valley'). We saw Castles and shopped all around the adorable village of Blois, and then went to the Château de Chenonceau, a castle on the River Cher, who once pondered the complexities of life after love. It's a quaint castle with some great gardens and a really efficient walking tour. In the last few days, we have purchased souvenir keychains, drunk copious amounts of wine, and enjoyed the quiet town in which we were staying.
I should point out at this point that we have been thoroughly enjoying the desserts that France has to offer, and that is never clearer than in the way we have flocked to the