This weekend, I had the privilege of attending the Philadelphia Wizard World Comic Con with my good friend (and occasional Guest Blogger) Square Peg. It was may first Comic Con, and, though we only attended for one day, we were able to see a lot of events, panels, and art: 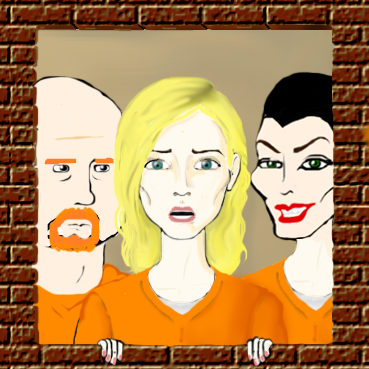 So, I've been away from my blog for over three weeks. My computer went in for repairs, and with it went my ability to draw any pictures/post and thoughts. I was without an outlet, and there was so much going on.

There were so many things that I wanted to write about in the past three-odd weeks, but it just wasn't an option. I had no Personal Computer! And I feared what would happen if I used my bizness computer for non-bizness needs (jk I'm rolling deep in Facebook 24/7). Anyway, I'm officially back, rested, and ready to start blogging again. So, before I go into the crap that's happening in the world now, here are some things I missed talking about in a timely manner: 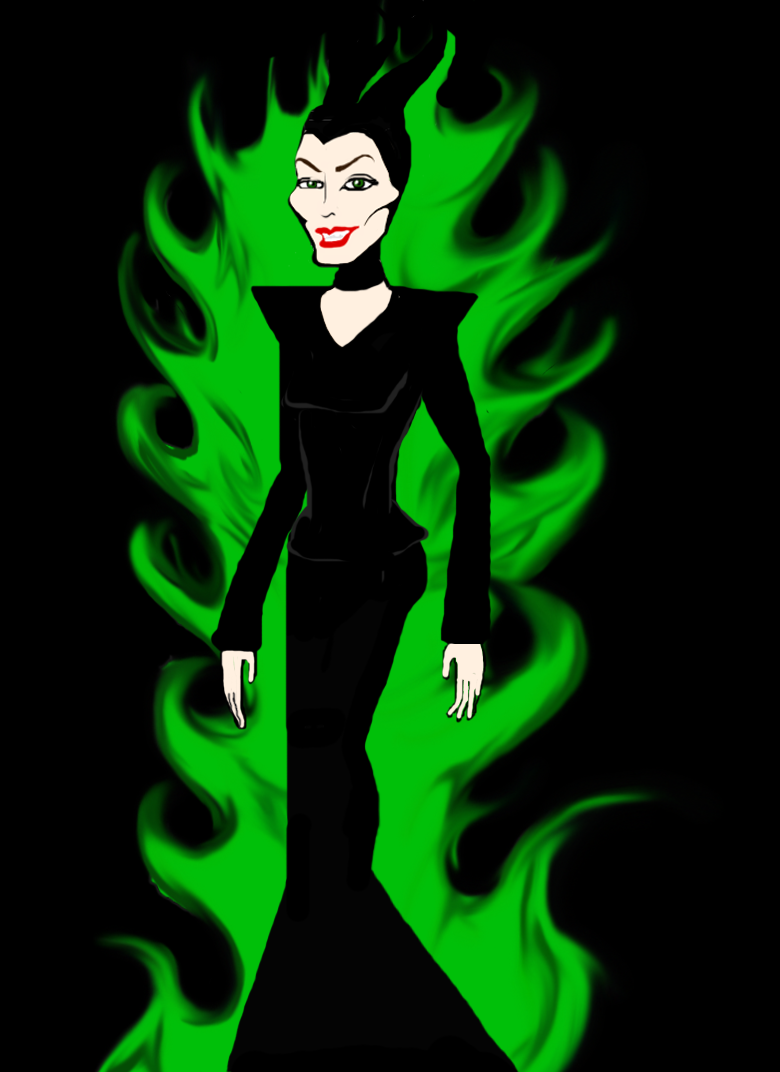 After what seems like a year of press and trailers, this re-imagined take on a Disney classic finally hit theaters. I was primed to love this movie, being a fan of Disney and Angelina Jolie, but the whole thing was a big old nothing.  All the spectacle in the world couldn't save a movie that involved a woman losing her agency through rape and then attempting to regain that power by avenging that rape only to forget about it 15 minutes after. The film takes one of the Disney villains with the baddest ass and reduces her to a beautifully cheekboned wimp with confusing and poorly executed convictions. Angelina Jolie was pretty much born to play this part, and she does as much as she can with the material, but the whole movie is as half-baked and ill-conceived as the cake that Aurora's fairy guardians attempt to make for her. It both ruins a lot of the original Sleeping Beauty (which is gorgeous and simple and musically rich) and adds a whole bunch of Tim Burton-esque nonsense for seemingly no reason. Also, there's a really terrible narrator who adds nothing to the proceedings.

Orange is the New Black Season 2 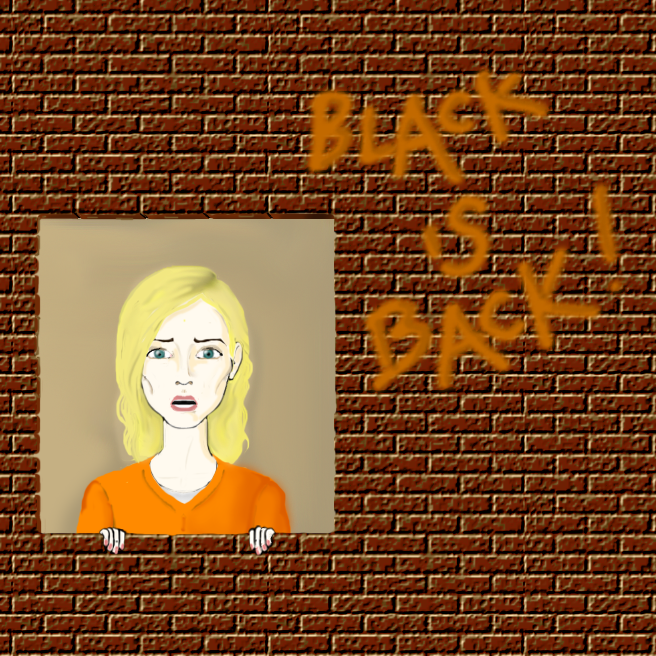 Obviously, the most important thing that happened in my absence was the return of OITNB, basically one of the best shows on television that isn't really on television. Netflix's strongest original series (yeah, you heard me, lackluster House of Cards) came back into my life with another batch of 13 cracker-jack episodes that expanded the universe and focused the narrative. While race relations between the inmates were always in the background of Season 1, that hot-button topic becomes the focus of the second outing and is spearheaded by the season's Big Bad AKA Taystee's mother-figure Vee, played with lioness realness by Lorraine Toussaint. She's electric. Also, by downplaying Piper and Alex's love story from last season and putting the spotlight on the secondary players, OITNB was able to make huge strides creatively. Especially welcome were episodes that focused on Morello, Poussey, and Taystee, and it was great to have expanded time with Red and Gloria and the entire kitchen crew. Not everything worked, and the conclusion to the season was both incredibly satisfying and troubling for the world going forward. Still, I love Jenji Kohan more and more with each episode of television, full of complex female characters and relationships, that she creates. If she kills off Larry and Polly in Season 3, that's just gravy.

The closer it got to the release date for the Zac Efron/Seth Rogen comedy, the more convinced I was that it was going to be terrible. Instead, it's pretty great. Seth Rogen's in fine form and Zac Efron finally gets to put that weird, soulless face of his to good use. The writing is solid, and it's just a really good college comedy. Especially fresh is Rose Byrne as Rogen's wife, who gets to be a person outside of her husband and stays away from the 'nagging wife' trope that so many movie wives fall into. Is it the best comedy I've seen in the past two months? You can Bet On It!

Louie and the Complicated Relationships Therein
Louie, the FX comedy from Louis C.K., has been one of my favorite shows on television for the past few years. It's experimental, occasionally gorgeous, maddening, and thought-provoking. It's so many things, and this season brought more to love and more to find troubling. Louis C.K. seems like a good guy, but "Louie" the character consistently pushes things into unbearably uncomfortable places. He is especially hard to watch this season, as two of his romantic relationships include some form of forced intimacy (I swear this isn't a rape-themed post). His girlfriend, Amia, who doesn't speak English and can't seem to articulate how to say no to his sexual advances, is pretty-much forced into a strange, possibly unfulfilling sexual encounter.His longtime friend and unrequited love, Pamela, is trapped by Louie in his apartment. She keeps insisting that she doesn't want him to kiss her but is still met with Louie's super aggressive, wet kisses of sadness. She even shouts "This would be rape if you weren't so stupid" in the midst of the encounter, in theory to cut the tension but really just adding to it. It's disturbing enough that both of these scenes follow a lead character who is supposed to be likable, but it's even worse that he's forgiven for both of these transgressions by the women he transgresses. Amia takes him back in time to have a sweet farewell (she's leaving the country), and the season ends with Louie and Pamela in some kind of screwed up relationship, the awkward quasi-rape just an unremarked-upon prelude to their actual relationship. I still really like watching the series, and this season had a lot to love. There were great, hilarious meditations on co-parenting after divorce and trying to raise a kid to not make the same mistakes of the parents, and there's the episode with the monologue about 'fat girls' that I found fascinating. There are truly wonderful guest performances from Sarah Baker, Charles Grodin, Ellen Burstyn, Pamela Adlon, Jeremy Renner (who is usually the personification of the lack of charisma), and Amy Landecker. Still, the two instances of physical, sexual abuse are hard to get over. Maybe it's because C.K. is a dude, and therefore any conversation about rape seems poorly conceived. Maybe it's one of those cases of an interesting idea being poorly executed. C.K. isn't some infallible god -- he's more than capable of screwing crap up. I dunno. I'm still trying to figure this one out. All I know for sure is that it doesn't sit well, even weeks after the incidences.

Maya Rudolph Joins the Already Amazing
Tina Fey & Amy Poehler Sister Comedy
With Maya Rudolph joining The Nest, the comedy written by former SNL scribe Paula Pell and starring Amy Poehler and Tina Fey, it's clear that it is her time to shine. Poehler and Fey are playing sisters returning home after a long absence, and Rudolph will reportedly play their childhood friend. Get Rachel Dratch in this thing and I may never need to see another movie ever again. THE RUDOLPH REVOLUTION HAS BEGUN!

Phew! It feels good to get all of that out there. Now it's time for some regular posting. Or semi-regular. I don't know.