It's Time For The Maya Rudolph Revolution

When Maya Rudolph left Saturday Night Live in 2007, she seemed poised for a gigantic career. For seven seasons, she had shone in a cast packed with many soon-to-be television and film stars. But, instead of going the traditional post-SNL path (one terrible movie, a few years of obscurity, rising like a phoenix from the career ashes with a hit Funny or Die video, etc), she instead took a break to give birth to a veritable litter of Rudolph-Andersons. Sure, she has been in a ton of movies and TV shows since her departure, but it always feels like she's flying under the radar, not quite rising to the heights that a person as talented as she is can reach (I did not mean to include as many flying/bird analogies in this post). While Tina Fey and Amy Poehler, two of her SNL compatriots, became supa-dupa famous after they left Studio 8H, Rudolph stayed just moderately well-known, her only real breakout moment being when she pooped in the street in Bridesmaids.

Well, if last night's one hour variety show, The Maya Rudolph Show, is any indication, now is the Age of Maya. Though the special was a little light on laughs (especially in the second half-hour), it was a great showcase for how amazing Maya Rudolph is as a performer (not to mention how great she is at wearing a variety of sparkly dresses). Even among a cavalcade of guest stars, including Tableau Your Mind favorite Kristen Bell, the elements that shone brightest were pure Rudolph. Like Carol Burnette and, um, Rosie O'Donnell before her, Maya took to the stage with a comedian's bravado the chops to back it up. She hoofed, she sang, she did a few regrettable accents. She did anything for a laugh, and even included a few moments where laughter wasn't the point. Watching old The Carol Burnette Show clips online, I was amazed by how often the sketches weren't about the comedy – it was about highlighting the guests and friendships and giving audiences little peeks into their lives. Now, in a world where we know everything about celebrities, from their preferred birth-control rings to their thoughts on healing crystals, it's a delightful throwback to just watch stars perform as themselves. Chris Parnell's song to his newborn was a particular highlight:

Really, that's all a lot of lead up to explain why Maya Rudolph, despite exhibiting a love of all things old, is the comedy star we need now. Television, and particularly television comedy, has shifted monumentally in the last few years. Changed in part by shows like Poehler's own Parks and Recreation, what has arisen is comedy built on collaboration and friendliness more than snark and resentment. Sure, the TV landscape is full of Louie's and Louie-wannabes, but more and more there is a space for television where everyone gets along and all anyone wants is to have a good time. Shows like Broad City, Playing House, The Middle, and Key and Peele get as many viewers from the actual jokes as they do from the camaraderie exhibited among the casts. People can only handle so much 'depressing' – they want to see people getting along. And nobody seems as attuned to that friendly frequency as Maya Rudolph. She's our maternal and funny gal-pal. I mean, there's a reason she can so effortlessly play all of America's most powerful women: Michelle Obama, Oprah Winfrey, Beyonce Knowles, Phylicia Rashad. She's the performer we need and the comedic actress we deserve.

Farewell to an iPod 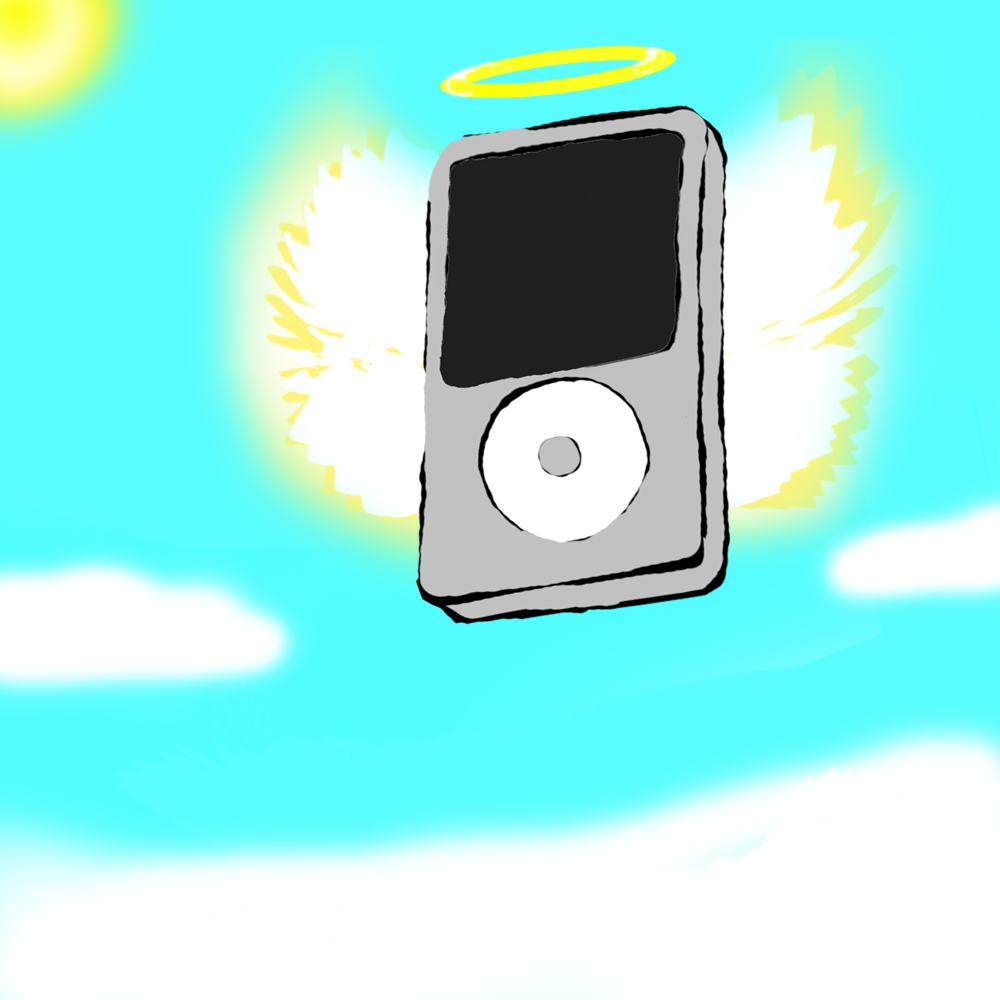 Last week, my iPod died. And it wasn't a temporary death, a single charge able to bring it back. No, this was permanent. After many years at my side and in my pocket, it shuffled off its digital coil, heading to that giant iCloud in the sky.

My iPhone came to me in college, at a time in my life when I really needed it. My Discman had just suffered a regrettable accident and wouldn't stop skipping, making it difficult to listen

Oh, brother. It's only been two years since the last Spider-Man movie, but it's amazing how the goodwill for the franchise has been zapped in those two years. After the disappointing third installment of the Tobey Maguire-led Spider-Man franchise, Andrew Garfield's web-slinger was a breath of fresh air. And the first movie, despite its many problems, was still incredibly enjoyable. Most of that was due to the one-two punch of Garfield and co-star Emma Stone and the fact that charisma and chemistry can be enough to carry a movie. It's worked for plenty of worse actors in plenty of worse movies.

I wish the same was true of the sequel, which picks up not long after the events of the first film. Still trying to make good on the promise he made to her father, Peter Parker (Garfield)

My Judi Takes The Morning Train 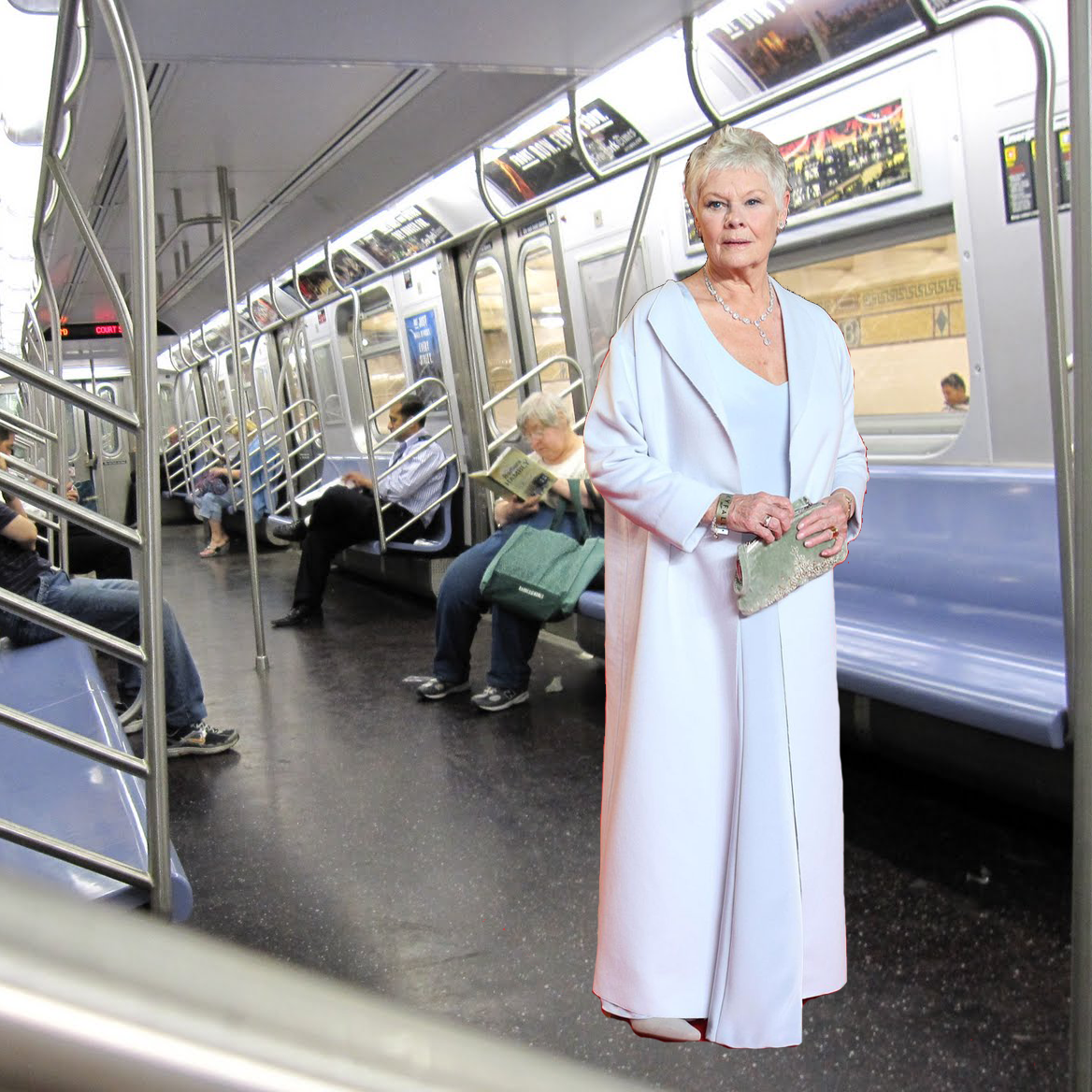 Part of the fun of living in is celebrity-spotting. Though is no Celebrities to  New York does provide residents with a higher incidence of accidental run-ins: Jason Sudeikis eating behind you at a restaurant, Steve Buscemi passing you on the street after you just finished talking about The Big Lebowski, Taylor Swift and Jake Gyllenhaal f*cking everywhere in back when they were dating. It's like constantly living in a magazine's Stars: They're Just Like Us section.

Of course, that also means that you don't question it when you see a celebrity in a weird location. Of course Bebe Neuwirth is at the same crappy bodega in midtown as you are. Of course Ira Glass's dog is crapping on your stoop. So, when I got on the N train one morning and spotted my favorite celebrity, Dame Judi Dench, staring right at me, I didn't think twice about it. And sure, she was in a wig, and probably trying to keep a low-pro, but is it such a crime to casually take out a phone and snapped a quick pic of one of the greatest actors of our time? I think not! Of course, once I got to work and was fully awoken by my second cup of coffee, I realized that the picture I had taken was not of the star of Skyfall, but rather of a mean-looking old lady: 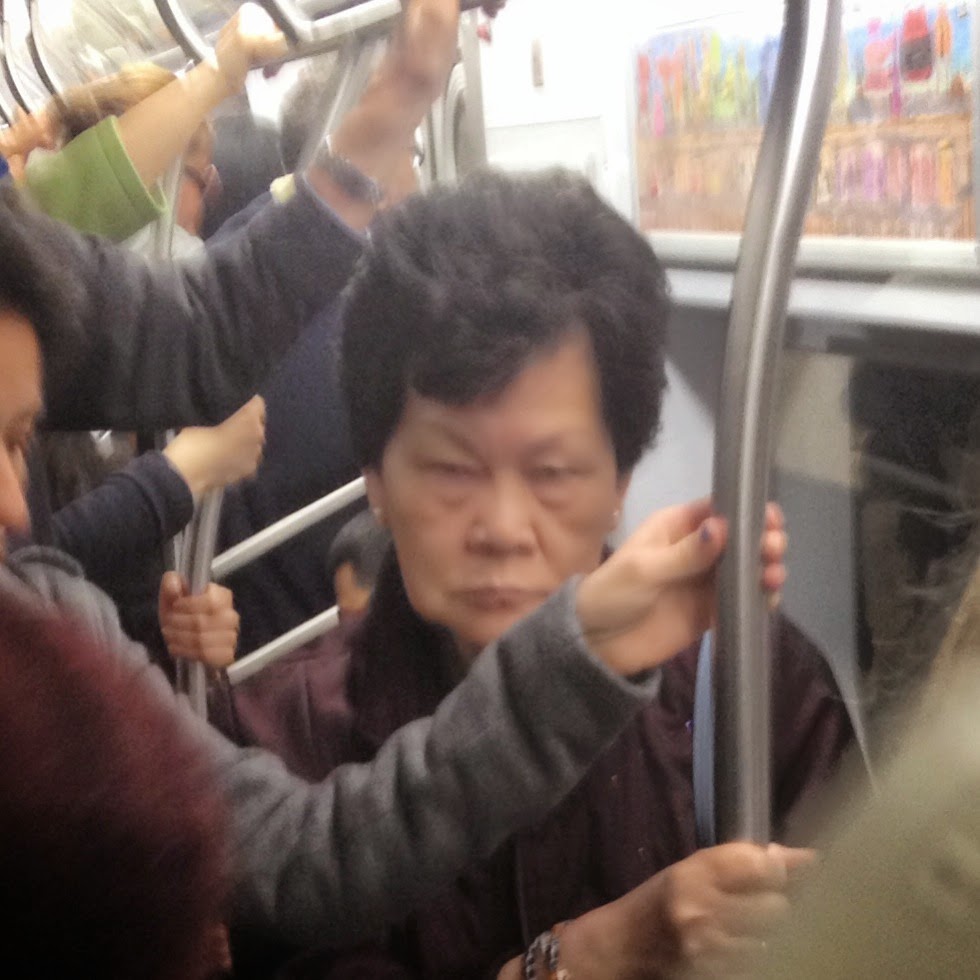 Still, I wasn't disappointed. Fake celebrity sightings just make it that much more exciting when you see an actual celebrity. Like when I sat next to Meg Ryan and Patti F*cking LuPone in Joe's Pub, or when I saw Rider Strong at a Ben & Jerry's. Plus, the Faux-di Dench (Clone-di Dench?) on the train was basically a doppelgänger for the Oscar winner. But, you know, Asian.