Halloween Costumes For The Pop-Culturally Savvy 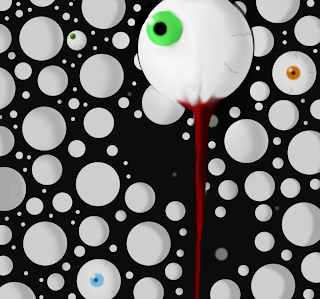 It's been a while since this blog has seen any content. I've been busy with work, busy with life, and now I'm busily trying to survive Hurricane Sandy and all that the Frankenstorm has to offer.  But I shouldn't be taking that out on you. When parents fight, the children suffer, and when bloggers are preoccupied, the readers suffer. And on this spookiest of days, with branches rapping against my door and rain beating tirelessly against my windows, we turn to Halloween.

Halloween has always held a special place in my heart. I Trick-or-Treated for far more years than any child should. My costumes were often overly complicated and without fans. My stint as a cow hell-bent on the humans who'd done his family wrong was met with a trip to Principal Korn's office and mixed reaction from my Kindergarten class. My attempt at wry sports humor was tepidly accepted when I went door to door as a frostbitten, zombie Packers fan. And, in college, when I went as a Drug Attic (complete with needles, spiders, some siding, and an old rug), the general consensus was that I was trying too hard.

Well, I don't want you to be stuck in my situation, where high-mindedness gets in the way of candy, drunkenness, and whatever other debauchery passes your way.  So, here is a list of pop-culture costumes that are sure to delight, and they're simple enough that they won't confuse the random drunken lay-person who stumbles across your path:

Point/Counter Point: Robert Pattinson and Kristen Stewart Back Together

Well, it's semi-official: Robert Pattinson and Kristen Stewart are back together, just in time to renew our faith in love. Or, they are back together just in time to promote The Twilight Saga: Breaking Dawn - Part II.  Is it true love or a marketing ploy? To find out, I, the main blogger here at Tableau Your Mind, am bringing back one of the most popular segments on the blog. That's right; it's time for a little Point/Counter Point with Guest Blogger Jennifer Love Bacon:

Attention people in the New York area! Graham Yost, creator and executive producer of FX's hit show Justified, will be the Keynote Speaker at the 2012 New York Television Festival. He will be speaking on Tuesday, October 23rd, and tickets are FREE!

You can reserve said tickets HERE

Yost is definitely a Tableau Your Mind favorite, not only for his work on Justified but also on the criminally ignored Raines and a little indie film called SPEED!!!!

Get your tickets while you still can!

The final season of 30 Rock begins tonight at 8/7c on NBC! 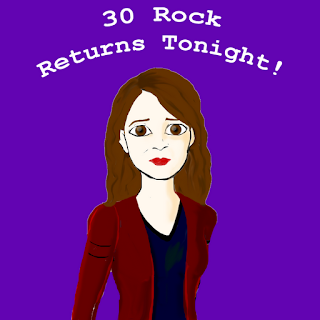 You definitely want to go to there.

And you should definitely dress up for the occasion:

Also, you definitely want to check out all of
Tableau Your Mind's 30 Rock coverage
which can be found HERE.