Watching Terminator: Genisys this weekend, I was perplexed at what was on the screen. I haven't really seen the first Terminator films (I saw Terminator Salvation for HBC reasons), but Sarah Connor is supposed to be one of the strongest female characters in film history. Yet, throughout the movie, her only purpose is to be the eventual mother of John Connor. Then, from there on out, he does the heavy lifting as the leader of the war against the machines. Is she the savior or merely the vessel for the savior? Is she completely defined by her ability to give birth, or can she be the master of her own fate?


Now, this problem of predestination is something that plagues time travel movies regardless of the gender of the lead, but the plight of Sarah Connor made me think more about female representation in film more generally. Not just the number of women on screen, but also how their presence shapes the narrative.

So, for this edition of Hit or Miss, I thought it best to look at the current top-grossing, female-starring movies at the box office (not counting Mad Max: Fury Road, which I loved and already reviewed). Forthwith are my reviews of the movies, paying special attention to the ladies therein:


Terminator: Genisys
Starring: Emilia Clarke, Arnold Schwarzenegger, Jai Courtney
The Story: Time travel mumbo-jumbo, I will be back, come with me if you want to live, human skull being crushed, destiny, cybernetics.
Pros: This is the best Arnold Schwarzenegger has looked and acted in a long time. His T-800 is fun, impressive, and intimidating.
Cons: Most of the big twists are spoiled in the trailer, people keep doing crazy things and not dying, the timeline gets murky and confusing, and I stopped caring 30 minutes before the end of the movie.
Consensus: MISS this, unless you're some sort of Terminator completist.
Good for Women: Not Really. I don't know. It's muddled. 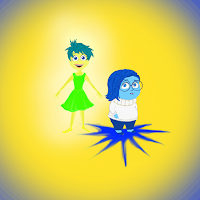 Starring: Amy Poehler, Phyllis Smith, Richard Kind, Mindy Kaling, Bill Hader, Lewis Black
The Story: When 10-year-old Riley moves with her family to San Francisco, her once-stable emotional state is thrown completely off balance. So, it's up to her emotions Joy, Sadness, Anger, Fear, and Disgust to make things right again.
Pros: This is honestly one of the saddest movies I've ever seen, and it's definitely the most aggressively sad Pixar movie yet (sorry, dead Ellie, but you've just lost your mantle). Amy Poehler (as Joy) is a revelation as she works to navigate a complicated time in Riley's life, working overtime to make sure that she stays Riley's driving emotion. Complicating that is Sadness (Phyllis Smith), who is infecting every part of Riley's life and unwittingly taking control. Joy and Sadness's relationship is at the core of the film, and their interactions provide an interesting template for understanding and taking about emotions. When the pair travels into Riley's brain on a very important mission, they're confronted with a constantly changing world that forces them to examine their priorities. That leads them to a number of amazing sequences, which I won't spoil here except to say that Bing Bong really creeps into your heart.

Cons: There are almost no cons to this movie. I guess Mindy Kaling's Disgust is underused and confusing, as a character. (How is "Disgust" a core emotion? The movie doesn't even seem to know.) Still, that's a minor quibble in an otherwise wonderful movie.
Consensus: I saw this movie with my sister and brother-in-law, who had only just found out that my sister was going to have a baby girl. So, needless to say, this movie was a tearjerker. But more than that, it's a fun and exciting look into a child's mind, looking at the complexity of emotions, the way our brain shifts as we develop into adults. Also, after Brave, it was nice to see Pixar tackle a female protagonist without every plot point seeming obvious. HIT this movie as many times as you can. It's a gem.

The Story: Tony Stark tries to build a helping robot, but accidentally creates a killing robot (Ultron) that conveniently never learned the second law of robotics (AKA don't hurt humans).  Because of this monumental f*ck-up, The Avengers must assemble and take the bad robot down, but first they need to fight each other and quip about Captain America's cursing habits.
Pros: The movie is fun to watch, and there are some great action sequences. The acting is top-notch, except from Jeremy Renner, whose fame and success still baffle me. The CGI on The Hulk is better than it's ever been. 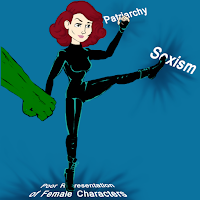 Cons: Black Widow (Johansson), despite an impressive amount of screen time, is seriously under-served in this movie. Her role is changed from "bad-ass female assassin with no interest in romance" to "love interest who feels a kinship with monster-like Hulk because she chose to be sterilized as a teen." It's an embarrassing story line, especially because it comes from Joss Whedon, a man who is (rightfully) lauded for his deft handling of female characters. Also, Black Widow is sidelined for a huge chunk of the third act (kidnapped, natch).
On top of that, the movie is too filled with quips and one-liners that feel out of place once people are in peril. Plus, there is no continuity between this film and Iron Man 3 and Captain America 2, even though both should have had huge effects on this movie. Last time we saw Iron Man, he was destroying all of his suits and giving up his life of crime-fighting, and Captain America just exposed S.H.I.E.L.D. as a secretly-Hydra-loving organization. Any mention of those two things in Avengers 2? NOPE. Also, Ultron is a really dumb villain, and we spend way too much time with Hawkeye, a character who is great in the comics but terrible on screen.
Consensus: This movie is a major misstep for the Black Widow, and a pretty unenjoyable movie overall, but you sort of have to HIT it if you're going to keep watching Marvel movies and TV shows, because they all have the same continuity. But MISS it if you can. Everything this movie does well, Captain America: The Winter Soldier does better.
Good for Women: Nope. Nope Nope Nope. 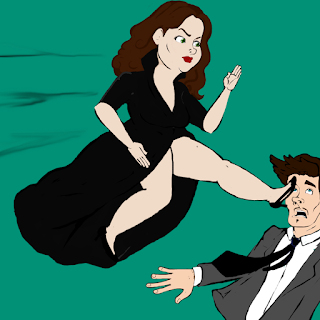 The Story: When all of their agents' identities are compromised, the CIA send analyst Susan Cooper into the field, dusting off the ol' spy skills and trying to stop an international arms dealer (Rose Byrne) from doing a bunch of bad guy stuff.
Pros: This is the best showcase of Melissa McCarthy's comedic skills since Gilmore Girls. She's able to play her whole range, from docile and apologetic to ball-busting and ass-kicking. And, since McCarthy is a bona-fide comedic genius, she's able to do all that without making her character seem like a cartoon. Aiding her in her adventures are her hapless coworker (Miranda Hart, coming stateside) and her should-be-nemesis Rayna Boyanav (Byrne). Despite being the main villain of the film, Byrne is fantastic, hilarious at every turn and able to really milk jokes from unexpected places.
Cons: The story is a little boring, and it's all really just an excuse for McCarthy to play around in exotic locales and in a bevy of embarrassing wigs. Some of the plot points don't make a lot of sense, and, like many action comedies, the comedy becomes a little more forced once the "action" part of the equation. It's hard to yuck it up after you've seen a man's throat burned with acid. Also, I hate to say it, but Jason Statham is really bad in this movie.
Consensus: Really funny comedy with some surprising moments and a healthy dose of solid physical comedy. HIT, you fool! HIT! My mother, who I saw this movie with, would probably add a more tepid "hit," because sometimes the violence is a little extreme.

Good for Women: Yeah, in a super chill way. 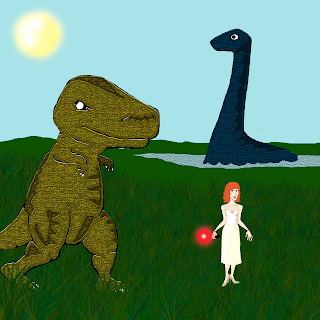 The Story: Jurassic Park World has re-opened under new management who clearly spared no expense. Running the park is cold and calculating Claire (Bryce Dallas Howard), who thinks of dinosaurs as assets. Also, Claire's quasi-ex-boyfriend Owen (Chris Pratt) is on the island, training Velociraptors. He's gruff and manly and believes that dinosaurs are living, breathing creatures and not just some number on a chart. CONFLICT! Claire's nephews are also visiting the park, but she's too busy to spend time with them. So they go off on their own and get lost just as the park's newest dinosaur, the Indominus Rex, breaks free from its cage and goes on a killing rampage. Pretty classic Jurassic Park-ian stuff.
Pros: From a dinosaur perspective, this movie delivers. The Indominus Rex's murderous rage gets a little old after a while, but, for the first third of the film, she is really frightening. Also, we get much more time with cool herbivores, including Triceratops, Stegasauruses, and Ankylosauruses. Plus, Velociraptors, Pteradons, and a Mosasaurus! The CGI isn't great (the raptors look pretty dumb), but it's fine. Most of the big CGI moments are saved for nighttime, which is more excusing of glitchy graphics than the hot light of day. 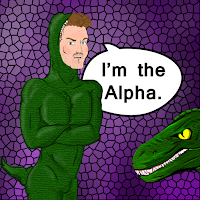 Cons: This movie is nostalgia-overload, which could be a pro or a con, depending how you look at it. However, it's a tribute to Jurassic Park without any of the elements that made that first film so spectacular. None of these dinosaurs matter without strong human beings, and Jurassic World has almost no interesting characters. Pratt's Owen Grady is a boring character with no quirks beyond spurting half-assed idioms. Worse than that, though, is Bryce Dallas Howard's Claire, a character who makes no sense and is treated like a nuisance. In a film series that gave us Ellie Sattler, we're saddled with a woman who, despite rising to the top of her profession, makes blunder after blunder for no reason other than the plot needs to move forward. In addition, she's constantly being told that, despite her career, she's really not a full woman, because she's cold and isn't a mother. It's disturbing. New York magazine's Jada Yuan wrote a really nice piece on feminism in this film, and it's definitely worth a read.
Consensus: In a movie that saves its most gruesome death for someone who DEFINITELY doesn't deserve it (click this link for a spoilery breakdown) and vastly underestimates its audience's intelligence, the movie is still fun. Dumb, tone-deaf, and overall damaging to the human race, but fun. So Hit. I won't stop you. Plus, Lauren Lapkus is really funny in it.

Good for Women: Hell no! It's one of the least progressive movies I've seen.

This is a dangerous time for feminism. The word itself has been manipulated, a culture of fear built around a concept that really only means that women should be equal to men. And that fear has extended to film, with blockbuster after blockbuster being unwilling to challenge the status quo. Even though they're a good time, movies like Avengers 2 and Jurassic World are damaging the movement. Hopefully not irreparably.