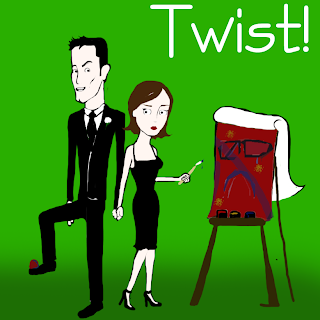 It was revealed yesterday that M. Night Shyamalan, writer/director of hit films like The Sixth Sense and Signs and non-hits like After Earth, The Last Airbender, Lady in the Water, etc., is also the ghost-writer of the hit 90s teen rom-com She's All That. WHOA! Apparently Shyamalan has had quite the ghost-writing career, and this might only be the first in a long list of reveals.

For the uninitiated, She's All That tells the story of Zack Siler (Freddie Prinze, Jr.), who, after getting dumped by his crazy girlfriend Taylor Vaughan, makes a bet (with his friends Dulé Hill and Paul Walker, natch) that he can turn any girl into prom queen. The girl they choose is dumpy, half-orphan Laney Boggs (Rachel Leigh Cook), who is a painter/falafel saleswoman with a spunky personality and maybe more than inner beauty hiding behind her glasses. Maybe they fall in love, maybe both learn a little bit more about themselves along the way, and maybe it all ends with a choreographed dance number, declarations of affection, and nude graduations. You know, the usual.

But what if we have been looking at She's All That the wrong way this whole time? As I watched the movie last night, knowing now that the master of twists was at the helm, I started to notice the groundwork for many secret plot points and reveals that probably had to be edited out for time (and to make the movie more palatable). Nothing is quite what it seems. So, herewith are the (completely reasonable) hidden twists in She's All That that I just figured out:


Zack Siler is a Ghost
In this case, we're talking the Casper version of ghost,
where most people can see and hear him but he's nonetheless dead.
Proof:
He's constantly talking about his future, and how he doesn't know how to choose his future, almost as if he physically won't be able to move beyond high school. Because he DIED THERE. Also, he inexplicably shows up places without much thought of place or time (he leaves prom to chase Laney, drives all around town, and still makes it back to her house before her). Also, at one point he talks about people's physical faults while they are a few feet away from him with no comeuppance. Because they can't hear him? Also, he occasionally enters into people's stories, as if he can get inside their minds.


Usher is a Witch, Similar to Bette Midler in Hocus Pocus
Usher plays the school DJ (don't ask) in this movie, occasionally acting as the Greek chorus of the school. He is also a witch that controls people's actions.

Proof: At prom, he inexplicably is able to make the whole school break out into a choreographed dance number, where their own bodies are out of their control. Just like Bette Midler's does when SHE's a witch:

Dean Sampson (Paul Walker) is in love with Zack Siler
This is less a hidden twist and really just a true fact about the movie. Dean has so much hidden love/lust that it's a little distracting.

Dean constantly brags about all the sex that Zack is having. Yeah, you read that right. It's almost like he has a secret board at home where he charts Zack's sexcapades. Also, he invites Laney to the prom and then proceeds to dance vigorously at Zack.  Now, in this scenario, the only person that he's doing this for is Zack. Otherwise, none of his actions make sense. Spurned lover much?

Plausibility: 85% (this would be 100%, but it's possible that the homo-eroticism in the Fast and Furious franchise has tainted how I see Paul Walker in all movies)


Laney Boggs is a Supernatural Shape-Shifter
She goes from Plain Jane to Voluptuous Velma easily. A little too easily

Proof:
How else could you explain her vastly different looks that she sports throughout the movie? She's basically Nymphadora Tonks.


Taylor Vaughan is an Alien with a Magic Butt.
The proof is in the pudding.
Pudding Proof:
Taylor ensnares men with her butt. It catches the eye of Real World contestant Brock Hudson (Matthew Lillard), and he's a 'celebrity.' Also, a friend claims that she is able to "shit Frisbees" when angry. And what do Frisbees look like? UFOs, exactly! Also, when she implores Zack to "jump up [her] ass," Zack responds "Been there, done that." The only way someone can jump into someone else's ass is if the butt-haver is an alien. That's just science.

Milo Ventimiglia.
That's not really a twist. I just noticed when watching the movie that Milo Ventimiglia appears for a quick second as a JV Soccer player.
Proof:
His IMDB page

Everyone in this Movie is a Secret Psychopath
The school might even be a weird dream-scape in the heads of a
bunch of people locked up in an insane asylum.

Proof:
We know that the movie's villains, Taylor Vaughan and Dean Sampson, are unfeeling people with cold, dead, murder-filled eyes. But even the protagonists, Zack and Laney, exhibit extremely disturbing behavior. Laney admits that, though she is obsessed with his mother's death, she doesn't remember crying about it or feeling anything when she died. Also, when she walks in on a bitchy classmate (Clea Duvall) in the bathroom, she waits until she passes out and then does this to her face:
Also, Zack orders people around constantly and invites himself into people's homes in a way that kind of feels rapey. Also, when someone pulls a prank on Laney's brother by putting pubes on his pizza, Zack makes the bully eat the pube pizza in front of everyone in school. For an uncomfortably long time. It's not endearing.

The Movie Actually Takes Place in the Present,
and the Village that Everyone Lives in
is Really Just in the Woods,
and Zack Siler is Unbreakable.
I can't be the only person that sees this.
Proof:
C'mon, it's right in front of you the whole time.

These twists are really only the tip of the iceberg; there are so many more that I haven't brought up, mostly due to the fact that I'm tired. Perhaps Laney's best friend Jesse Jackson is really Buffalo Bill from Silence of the Lambs. Maybe the whole movie is a spoof of Not Another Teen Movie. Maybe the real hero of the movie is Anna Paquin. We may never know what the true twists are in She's All That, but at least it's clear that this movie contains multitudes of possibilities. And maybe that's the greatest twist of all. You got me again, M. Night. Every damn time.