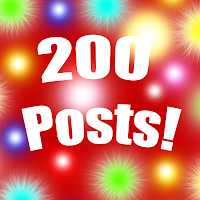 It took a little under two years to make it happen, but Tableau Your Mind has finally reached its 200th blog post. You're reading it RIGHT NOW! They say it only takes a person 16-21 times to make doing something into a habit, and it definitely feels like, after 200 posts, we have moved beyond "habit" and into "psychopathic fanaticism." Over these 200 labors of like, we have written about topics covering all elements of popular culture, including food, movies, music, television, and so much more. We've done posts on Hollywood "It" Couples, Hipster Babies, and Pedophilia in Film. We've compared the stars of Tangled and Salt and looked at what would happen if Mr. Feeny suffered a "Wardrobe Malfunction." We've doted on 30 Rock, Kristen Bell, Doctor Who, Harry Potter, and Batman, and hated on Kristen Stewart, Slow Motion in Indie Movies, and Easy Mac. We've even learned how to pronounce Gotye, just in time for him to become culturally irrelevant. We really wouldn't believe that there were 200 posts if it weren't for the photographic evidence: 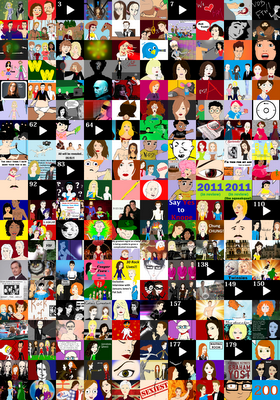 Tableau Your Mind is the collective effort of a lot of people, and we have been very excited to share our work with you. The writers, artists, editors, and guest bloggers have put in a lot of hours to make sure you have a good time reading this blog.

Here's to 200 more, no matter how insufferable that sounds.